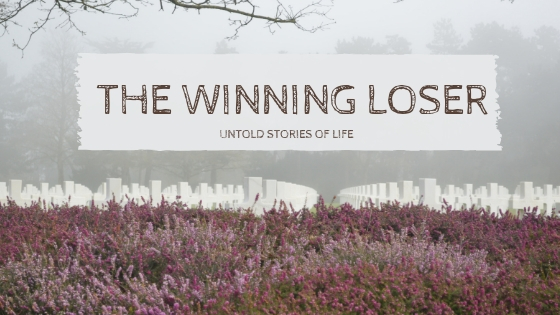 The morning rays filtered through the window as I took the last bite of my lavish Sunday brunch. Ah! Don't get any ideas. I am a lazy bum. Sundays for me are days to laze, more than the weekdays. I get up later than usual and cook something which serves the purpose of both breakfast and lunch.


That day, halwa poori was on the menu. However much I would like to fancy myself, the truth is I can never make it half as delicious as my Nani makes it. I smile reminiscing about all those summer holidays when halwa poori was on repeat and we never got tired of having it.

The only reason I was rushing that day was because I had to call my Nani. It was a Sunday ritual. We usually talked after she finished her lunch and just before she went for her afternoon siesta. I didn't want to disturb her routine. I quickly dialed her number with my oily fingers, not bothering to wash right now for the fear of getting late.As the phone rang at the other end I struggled to clear the table and sit by the window to enjoy our tete-e-tete.

I have grown up with my grandparents, as both were working. Most of my childhood memories are of times spent in her small kitchen garden, where she used to keenly work on her plants for hours together as I kept chattering away nineteen to dozen. Funnily till I was ten, I didn't speak our mother tongue Telugu. I used to talk in Gujarati, the local language which was alien to her. So our conversations were typically me talking in Gujarati and she responding in Telugu which I didn't follow much. On lonely summer nights when nostalgia grips me, I laugh trying to guess what on earth were we talking and how did we manage to communicate so flawlessly! But then as they say the matters of heart never needed a language to be heard and understood.

Coming back to that Sunday, Nani's cheery voice welcomed me back to reality as I heard her call me, 'Mamunii....'. After the usual exchanges, we got to the most favourite part of our conversation - gossip. My nani loves it and thrives on it so much that you can make out the joy in her voice as she gossips about all and sundry. Our conversations are usually funny where I try to make her laugh as much as possible. Except at the time when she had lost one of her best friends.

Nani had five best friends. Mind you they are all in their seventies and have been friends since they were 8-9 years old. Their common point was their marriage in a big city, Ahmedabad. Though all were from different villages, the fact that they all had to relocate here brought them together. Since then they had seen it all together. It was an inside joke that they competed in everything - who got pregnant first, who had a boy first, who had a girl first, whose child came first, whose child got married first etc.

But that day, her voice heavy with pain was too much to bear. I tried to make it light for her by saying, "Nani you should be happy... you are going to live longer than them all!"

"I don't know if this is one victory I am really happy about!" Saying this she broke into fresh sobs.

Today, was going to be similar because yet another friend of hers had died last week and I had to break the news to her.

Life is so strange. Unknowingly we become a part of the rat race, trying to outdo the others in so many things and when we are on the verge of winning we realise how lonely we are actually in that moment while all those who lost are sitting together in the stands, cheering to see if we win or not!
fiction journey of life memories metro diaries