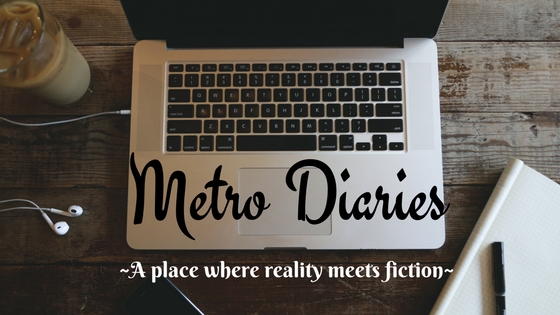 A runaway child, dreams of becoming an actress and a whole lot of drama lay behind that sly face. One after another she called the other girls to speak to him. They not only shared their backgrounds but also talked about the strange people they keep meeting day in and day out. Rahul knew they were not revealing their real names, but that didn’t matter at all. What mattered was that they were talking from their heart and he could see that in their eyes. He was happy to be that window to the outside world for them when he patiently answered all their questions about his life with a huge smile.

Sushma was from Malda and didn’t remember how she reached here. “I am here since the time I can remember!” was all she could say. But she remembered everything about that Punjabi businessman who used to come daily to their brothel. Strangely enough he wouldn’t do what was usually expected from customers. He brought along a bridal dress complete with all its fineries and asked Sushma to dress up as a bride, pretend to be coy and sit in front of him as he sat drinking till he passed out completely. Strange it surely was yet there was something very disturbing about it.

Maneka was from a village near Bihar. Her elder brother had sold her after his marriage. Dark and dusky she smiled, “His wife wanted to lead a lavish life. I was her ticket to it. She got rid of my responsibilities and ended up with good money.” Rahul wondered how she could smile despite the pain she had gone through. As if reading his mind she added,” It’s good in a way. I am happy here. I am among people who care. I would have died there due to illness and my sister-in-law wouldn’t have even bothered. I can die here peacefully knowing that I am loved at least by a handful of people.” Rahul was speechless.

Strikingly beautiful Radha was barely 14 when she had come here. Orphaned at a young age her legal guardian didn’t want to take care of her anymore and had chosen the easier way out. If not for the premises, she could have been easily considered an aspiring model. Tall and slender she had captivating eyes and a smile that could set hearts on fire. She giggled when asked for more stories.” I cannot stand foul smell. So I keep a bottle of perfume handy. Anytime I get a customer who is stinking I spray it generously before we get to work.” She burst out into laughter saying this sending everyone around on a laugh riot.

They all had their share of stories; some painful, some funny, some bizarre and some moving… stories that defined them and their life. From an old man who just wanted someone to talk to a young man who wanted to sleep in a woman’s lap their stories revealed the dark side of human life. Their words laid the relationships threadbare, exposing every single thread of deceit. It also highlighted the only need of a human being… love. We wanted to be heard, be held, be spoken to and cared for even if it was for few moments. And when the ones around us couldn’t give us all this we didn’t shy away from taking it from other means. We needed it for our survival. Period. His thoughts left Rahul confounded. Few moments ago he was thinking about his own complicated life, the delusion of love and the complexity of human relationships. And here they were adding more layers to his anarchy.