You are a warrior in this battle called LIFE. You win some; you lose some – that doesn’t mean you are a bad warrior. It means victory is not important, what is important is to LIVE.


Not many moons ago began a descend, a descend into a place called nowhere. However much I would like to name that place, there is nothing that comes to my mind that suits this place befittingly. The journey started 2.5 years ago exactly. Though I still don’t remember the exact moment when it started till before 6 months when I saw the huge snowball it had turned into, threatening me of a catastrophic avalanche in my otherwise normal life.

It began with a very minor skin eruption, the first signal which was obviously very easily ignored by the dermatologist as an allergic reaction to some chemical in a cream I used. It went on to small and frequent bouts of fever which again were blamed on my poor immunity to the changing seasons. Then came the major setback in the form of panic attacks, the ones that render you cold completely and senseless for quite some time before bringing you back the normal. Paranoid is perhaps the right word to describe how I felt for the first time when that attack gripped me completely. I felt as I was slowly being strangulated to death. One visit to the doctor and I was labeled as anxious and stressed out.

All these happened in a span of one year and I easily let it all go for I could see no connection to any of them. Then came a phase where my diet went down to zero and I began losing weight. Of course I was one happy person (who doesn’t like losing weight!!) People once again called it the side effect of working too hard and nothing else. Things went on like this ticking off one after the other till December 2013 when the machine called ME came to a complete halt. The fever refused to leave me for 2 months at a stretch, there was no hunger and no capacity to do anything with large panic attacks recurring like every half an hour. After a lot of experiments in terms of medication and series of tests I was finally admitted to the hospital in mid January 2014 and was on continuous IV drips. Still the story continued for though the tree had fully grown and was now giving fruits, the root was yet to be found.

24th January 2014. The date is clearly etched in my mind as I sat outside the doctor’s cabin in the waiting room. I could clearly hear their whispers and grab a few words out of them. By this time more than anything else my patience was gone for surviving each day had become a challenge. I looked at my doctor with a very stern face and said, “See I NEED to know what’s wrong. I am tired of it all.” He perhaps realized the pain in my eyes for then he finally replied, “We are getting you tested for leukemia.” I didn’t need to probe any further. I had got all the answers. I gave my tests quietly and came back to the hospital room I had begun to call home since last 10 days.

Lying on the bed that night, all alone I started into the darkness that could be called future, the uncertainty that was looming around as to what next. Luckily I didn’t have any complains whatsoever, rather I was waiting for it to be found to be cured for this nothingness was no gnawing me from inside. It was like walking in a pitch dark room. You don’t know what is going to hit you and from where.

Well the tests went smoothly with no desired results. But fortunately it led to something else and finally within next 24 hours they ended up detecting my problem and that too correctly. I had embraced an incurable auto-immuno disease for a lifetime. It was a different story that I was in the acute stage as it had gone undetected for almost 1.5-2 years. I was glad as I could see light at the end of the dark tunnel I was passing through since last few months. The battle was going to end now, I smiled. But I was wrong. The battle didn’t end there. The battle had actually begun.

The worst kind of battle is the one that you fight with your ownself. For you know your own strengths and weaknesses. It is scary to be so vulnerable.

Till now the battle was with others to survive and now it was with my ownself. The bestest part about this battle is it reminded me of my strengths in an unforgettable manner. It wasn’t easy I agree, but it wasn’t impossible either. For the toughest part was the breed of “well-wishers” around me who had a series of mixed reactions ranging from pity to sympathy to anger to hatred to snickers it has all been there.

Overnight I had become the boy who kept announcing the false arrival of lion leading to loss of trust. I was being labeled as someone who had got it all in the mind and the so called illness was now renamed a fragment of imagination. And this is to those lovely people who remind me to keep proving my mettle as a warrior.

Today as I stand tall and look behind I smile at the nickname given to me by my doctor – Eveready battery one that is charged up always, for that is all I chose to remember from all the other things I hear. I chose to smile at those few reasons I had rather than cry at those thousand reasons I ignored.

The side effects this thing brings in are many and they keep changing every day. But well I love this change. I love finding new ways and means to render that problem useless. This birthday I gave myself the gift of acceptance as I accepted myself with all the minuses this disease had added.

The battles never cease, nor do you cease being a warrior. What ceases is the fear of having to fight a battle. For now you are used to it. You look forward to those battles for they define you for life and define life for you.

Yes Dear LIFE, I am crazily, madly in love with you. This small setback cannot make me hate you enough yet. You better stop trying to make me hate for I will never stop loving you ever. Rather I will keep giving you reasons to fall in love with me, everyday with a newer penchant.

Lovingly Yours forever,
Me

P.S: The title of the post has been borrowed from a very famous award winning book by Alice Munro for that is the only thing that came to my mind. 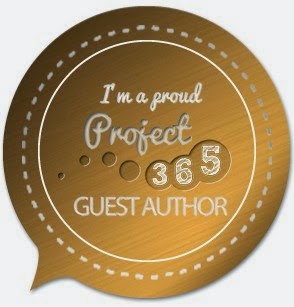 P.P.S: I am guest authoring at Project 365 for the month of June. My prompt for today was Tell us a moment or an incident that you treasure - not necessarily because it brought you happiness but because it taught you something about yourself.
confessions life Life's lessons My quest Mysteries of life