From the Attic of Memories : Power of Stories 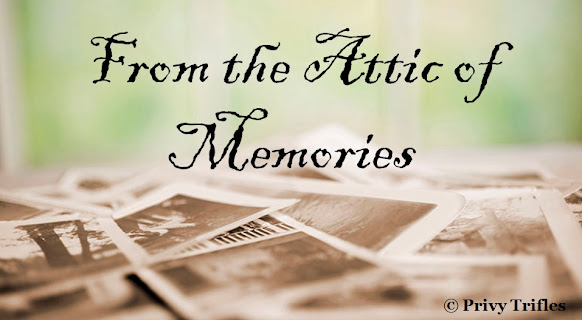 How often do we underestimate the power of stories hidden within our family! This isn’t about such a story but about a possible alternate ending to one that has been haunting me for days. So I am sharing it here. My great-great-grandfather is a famous writer in my mother tongue. His works are considered classics today. Considered to be a visionary, he could foresee the future with unmatched accuracy. He didn’t rely on palmistry or horoscopes. It was his sixth sense that was so powerful.
People thronged from nearby villages to post a question to him which he would answer in a yes or no. Nothing more, nothing less. Like everyone else in those days, he got married in his childhood. His wife was able to read and write, she had a beautiful voice and was extremely creative and talented. All his works were dictated by him to her. A corner in the vast house was their dedicated study where they used to spend hours, undisturbed, away from everyone. Or to put it right he was dictating and she, writing.
Now, this is the story that has been told to us. It is believed to be true and so did I. Till I grew up and read about women writing in Indian literature. How some of their works were published posthumously by their grandchildren, how their manuscripts burnt, and notebooks were torn to discourage them from writing. And since then, there is a nagging doubt in my heart. What if she wrote all his works, what if he actually foresaw her writing prowess, what if, she never knew this.
It is this ‘what if’ that has been killing me because literature across the globe is full of stories where women writers were oppressed, in some cases by their husbands, and their works published in ‘his’ name. Sadly I will never know the answer to this what if. It is a question nobody wants to hear. And who could maybe shed some light, are no more. The reason for my doubts is also the fact that nobody wants to talk about them.
And till date writing is considered an unworthy profession in the family. Their only logic is, it doesn’t pay. Nevertheless, for me, this is a huge motivation at times when I have bouts of self-doubt. When I feel lost and when I wonder where my writing is going. I tell myself not to worry, about name and fame. Tell a story because you are dying to do so! Someday it might change a life.

A story is never a wasted effort. It reaches whom it has to. Altering their life and showing new meanings. How else do you explain the way we discover new authors, some unheard of and some lost in oblivion. Their stories are meant for us, our hearts and soul.