When I met her first, I just knew she was different. How, was something that I would get to know in my subsequent meetings! That day it was raining badly with a huge traffic jam encircling the entire Mumbai. In a way it looked beautiful, decked up like a bride with its red and yellow lights. Having just finished my meeting I was trying to cross the road when I bumped into her. Fresh and pristine like a dew drop dancing on a striking flower, she made a sight to behold. A flash of lighting and everything came to a halt for me. The continuous honking of the cars stopped and the whole chaos around us got blurred out. All that remained was just me and her. While I recollect it right now I blush, for it all seemed just straight out of some movie. And to think it was me who was thinking like this was surely astonishing.

Having grown up in Bhendi Bazar I had realized very early in life that power and money mattered a lot, rest everything was just peanuts. Today when I had both, life for me seemed like a dream come true. I could get all that my heart desired for there was nothing that money couldn’t buy, well almost. Till I met her. I realized she was completely unaffected by money and power when I saw how she insisted on sharing the taxi fare. With a lone taxi ready to let us ride we didn’t have much of a choice. Not that I was complaining but her cute arguments made it all the more enchanting. That’s the moment I knew, to win her over I would need something much more than those two. We began to meet more frequently. First as friends and thereafter something more as friends but never as lovers for I could never gather the courage to confess my feelings to her. 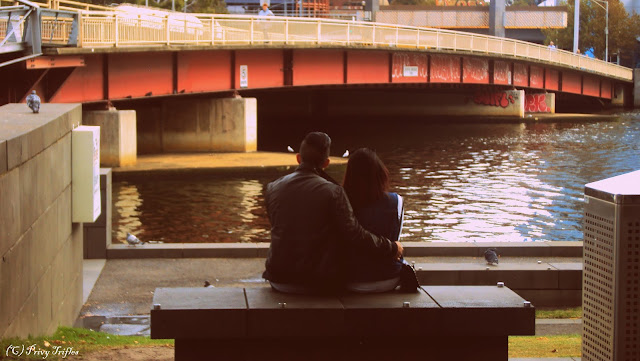 Her world was so very different than mine. Just like those pink shades she always wore, her world was beautiful, surrounded with love and joy and full of with endless possibilities. It was neatly segregated into black and white with everything falling into either of the two categories. She made me want to believe in all good things of the world. I had now began to like romantic movies, believe in love and most importantly pray to Him for now I had someone for whom I wanted to pray. She was like that much needed sunshine in my life after long phases of rains. She made it seem as if everything was possible. I was scared her world would become dirty.

While my world had large parts of grey where existence of a frenemy or a friend with benefits was very normal. After all each one existed in their own world for their own selfish reasons. Today’s foe could be tomorrow’s friend, one never know what the future held in store. We all lived by the moment. Why, for that matter I didn’t even know if I would be alive to see tomorrow’s sunrise. Such was the world where the only person you could trust blindly was yourself.

And here was someone who had a wish list with someone as small as witnessing a sunrise by the sea listed on it. She was a dreamer with endless dreams while my whole life now felt like a nightmare. I want to merge our worlds but I don’t know where to start the bridge from. Today is her birthday and I have got for her smart aviators from Gucci in grey colour. I hope with these, she will now atleast start seeing my world.
fiction Love metro diaries Relationships romance