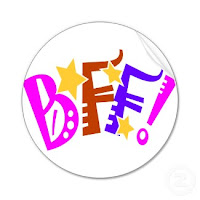 In whatever little life I have seen till now I have never been able to associate myself with the term BFF. And by the quirk of fate I have not been lucky enough to have one in my life till now. It’s not that I don’t like friends or I am antisocial.

I can only call it an unfortunate coincidence. I have definitely had my own share of best friends all throughout my growing up years till the time I reached a phase where I stopped calling them best friends. I started categorizing people I know under – acquaintances, colleagues, college friends, music class friends, yoga friends, close friends, family friends but no best friends ; because I somehow felt betrayed by the term best friend. It might be a sheer coincidence that every time I managed to tag someone as my “best friend” I have always lost that person forever from my life. A fight or a stupid argument and we are not on talking terms ever.

My life has been very open with people entering and exiting at their own will. It leaves me feeling like a tissue paper which people picked up when they wanted to cry, wiped their tears and walked away with their heads held high irrespective of the plight of the tissue paper. After few years having realised this I refused to let people do that to me. I refused to be a doormat and let them trample over my feelings. I am not saying they are the only ones to be blamed; I accept I could have faltered also. I could have also erred resulting into the failure of friendship.

Like everyone I believe in the magic of friends and would love to have them around me, but somehow that just doesn’t seem to happen. Maybe its destiny….maybe it’s not.
Relationships